The baby grows up

Lilas was born at the end of October. So she is now just four months old . . . . . But she behaves like a teenager. Lovable but stroppy; determined to be treated like an adult, but full of youthful lunacy.

One of the most striking things about her is how quickly she has taken to ‘adult’ food. By the age of two months, she was happy to take bits of carrot from friendly visitors.

Sumitra makes friends with Lilas at the end of December

Now she eats a mixture of adult concentrate and carrot from her own bucket each morning. She defends her food against all comers, including her mother. She pushes her way in to get at the hay in the field shelter. As well as all this independent, assertive eating, she still suckles from Elif – when she can persuade her to stand still for a minute.

She’s into everything, and always interested in what’s going on. She shows the same motorbike chasing behaviour as we saw from Capucine. She is also a most approachable and delightful little llama. 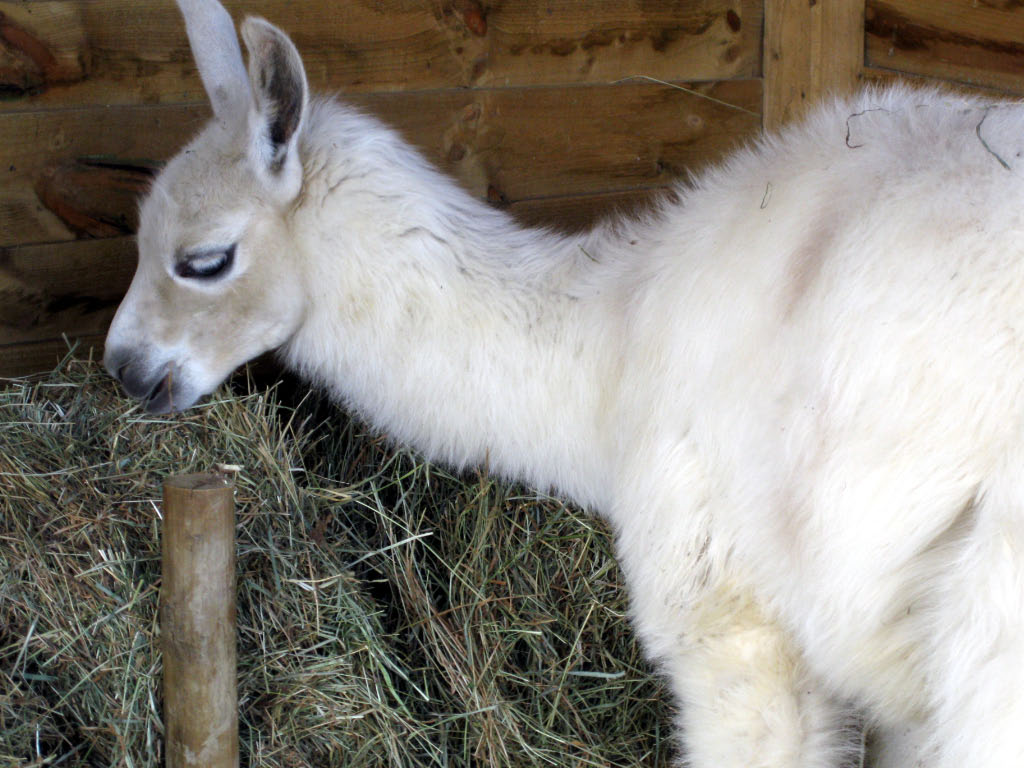 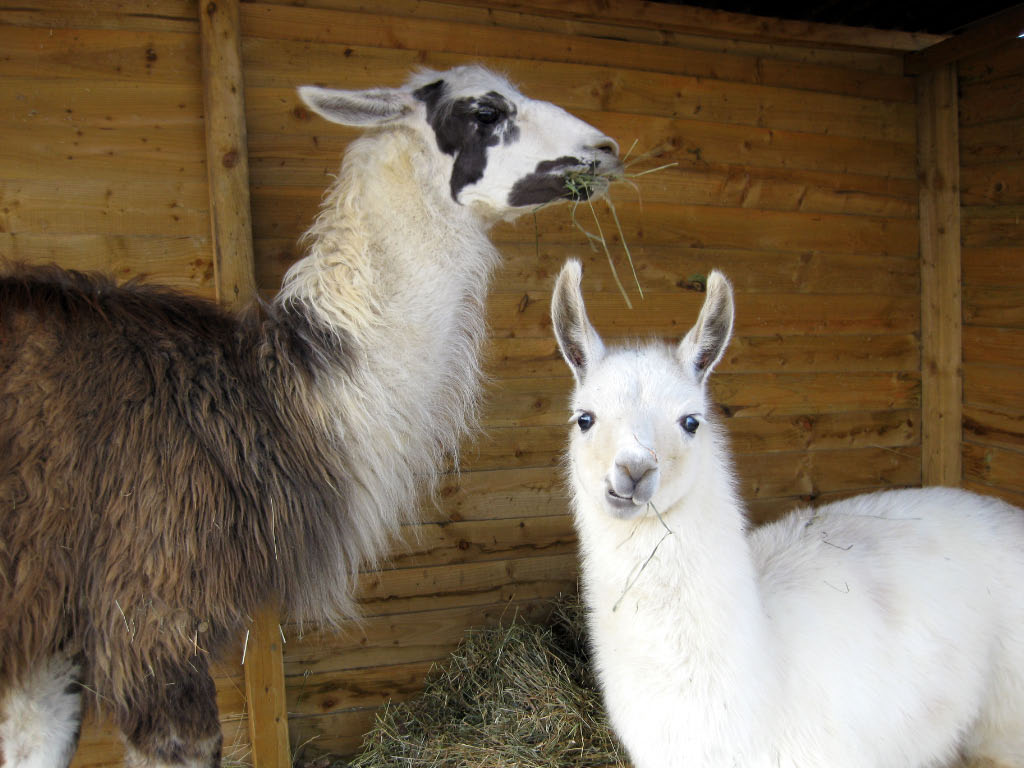 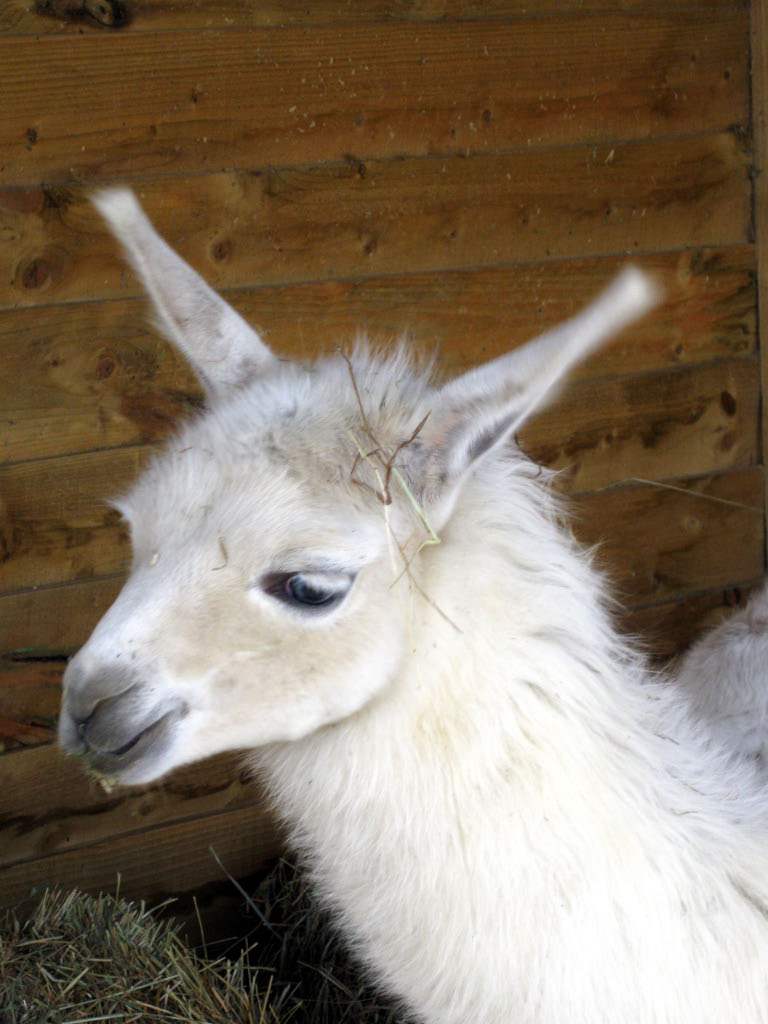 This entry was posted in Cria and tagged picture. Bookmark the permalink.