How are the mighty fallen!

Meanwhile, as Val gets to grip with major philosophical questions, the llama drama evolves. Lenny has declined in status. From proud man-biting, female-mounting hero to down-trodden, mocked zero.

Lenny is now often excluded from the warm stable at night, and sleeps shivering outside while ‘his’ pregnant women laugh disdainfully from the cosy doorway. During the day, he patrols manically up and down the fence-lines, but the neighbouring llamas can barely stir themselves to react to his fury at their impudent closeness. 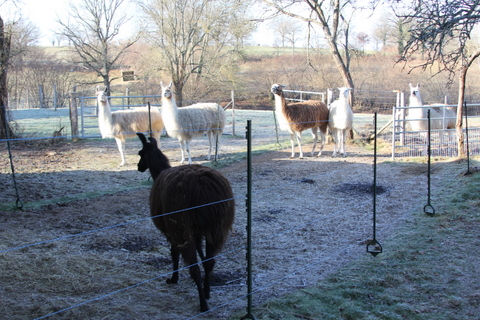 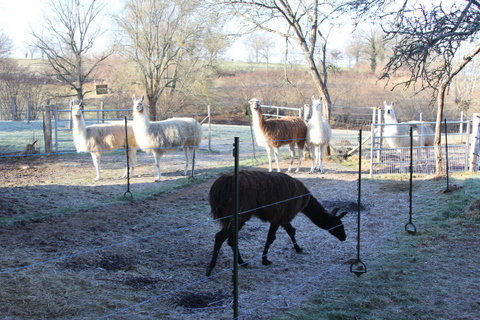 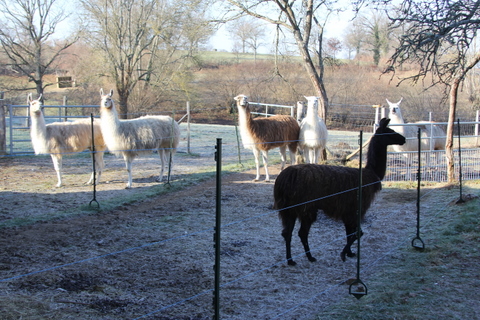 Today, Lenny found himself trapped when the females spotted that I was about to dish out some tasty food. He wanted to keep them away from me and away from the neighbours . . . . but no amount of posturing made any difference. The females looked down their noses, and the males remained unmoved (though if you look closely, I’d swear they were grinning).

By the time I had got back into the barn, the females had walked calmly past Lenny and lined up in their stable for the food, leaving Lenny raging outside.

After the females had eaten, I gave Lenny some hard food in a bucket, and he allowed me to brush the accumulated debris of llama spit off his forehead. Once finished, he rushed off again to recommence his fruitless impotent patrol.

Almost despite myself, I am beginning to feel sorry for Lenny.

1 Response to How are the mighty fallen!